Home » Blog » Member Spotlight: “We All Do It Together!” 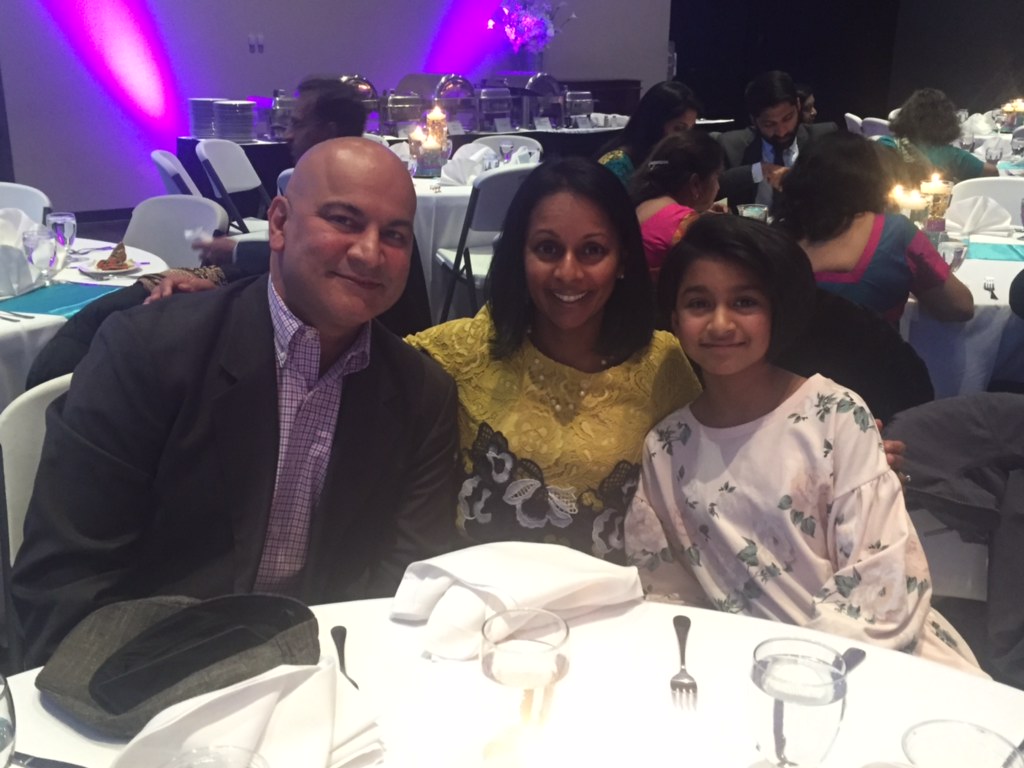 Sheila and Sunil joined the Aspen Hill Club about a year ago, but this was more of a “Welcome Home” then a first visit! Sheila began playing tennis at age 5-6 with her father and was a member of the Club in her teens while participating in tennis classes.  Sheila had taken a break from tennis, but when her
daughter, Lilliana, began showing interest in getting better—she knew just the spot to take her!

As a teenager, Sheila played on the high school varsity team at Blair High School and then played two years of varsity tennis at Division I UMBC. Sheila knows how much work it takes to work up to a high level of tennis and was careful not to push Lilliana too hard when it came to selecting tennis as her main sport, “I was secretly hoping Lilliana would choose tennis. It’s been great, she’s made so many friends at Aspen Hill.”

You can often find Sheila on the courts at the Club. Sheila takes part in Friday Night Doubles Frenzy, where she enjoys having fun and meeting new people in a social environment. “I’ve met so many great people, so many people that I would never have met without tennis!” Sheila explains. In addition, Sheila participates in Hit and Run classes with Ilan. Another highlight for Sheila was our “Battle of the Ages” event, where the junior players took on the adults. “That was so much fun. Some of these kids are so good!” she said.

As a professional in the healthcare field, Sheila knows the importance of being active. “There is so much to gain by being active, and there are so many options here,” explained Sheila. Sheila works as a Nurse Practitioner and is Board Certified in Family Practice. “Why would we just sit here while Lilliana plays tennis, there is too much to do.” Besides playing tennis, Sunil and Sheila love being active in the gym. “The interval training classes with Craig and Greg are awesome. Sid works us very hard in his RAW class, too.”  Sheila explains that “I’ve always believed why treat illness when you can prevent it. Stay active to be healthy!”

Since joining the Club last year, Lilliana has become an integral part of our junior program. She started last year in the Academy program and has advanced through hard work and determination. Lilliana started her competitive tennis journey with USTA Junior Team Tennis with friends from the Club. After being introduced to tennis competition, Lilliana’s desire to improve only grew. “Lilliana grew so much during the summer program. The tennis and skill level went up so much. Her attitude got so much better. Playing outside all day was great for her, and she loved it!” explained Sheila. Over the summer Liliana played almost everyday as part of our World Class program (now the High Performance program). In addition, she was a leader on our Junior Interclub team. “She has comradery here at The Club, and she loves it. Also, now she talks about high school tennis and she can’t wait for it,” gushed Sheila.

Unlike the ladies of the house, Sunil was not a tennis player. Sunil immediately made quick use of the Club to prepare for his 2018 hike to Base Camp at Mt. Everest. “Aspen Hill is where I did my indoor training. I hit that treadmill and did a 30% incline almost every day!” he explained. With his hike now complete, Sunil has decided to hit the tennis courts. He has been attending Jeff Klein’s beginner tennis drills along with several other parents of kids in Lilliana’s tennis class. “I enjoy trying new things. We are [the family] all here at the Club together and we are all finding ways to improve physically,” says Sunil.

The Mathew family is incredibly active at the Club, with at least one person visiting the club 5-6 days out of the week. They are using the offerings to push themselves at activities that they are strong at, but also finding ways to try new things to do. “It’s a great way to meet people! There is so much diversity at the Club, I’ve met so many people that I’d never run into otherwise. And that’s very important to me,” said Sheila.

Sheila, Sunil, and Lilliana—Thank you so much for adding to the lives of those around you. Your family helps so many by being warm and inviting to those that you meet! You have made a big impact to your fellow members at the Aspen Hill Club.