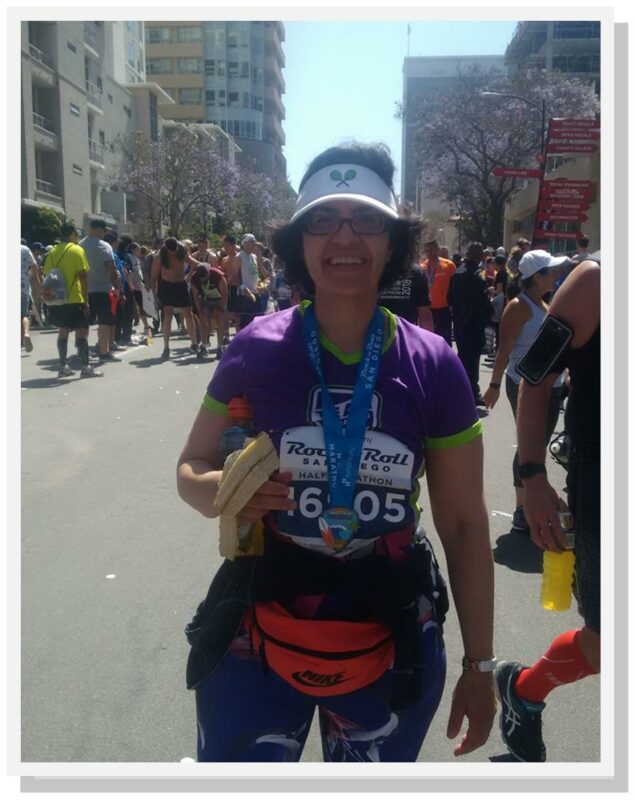 Our choice to support Leukemia and Lymphoma Society for the Bending BarbeLLS powerlifting meet back in May was mainly brought about because of one of our members who not only works very closely with LLS but is a lymphoma survivor.

Lisa Tuvalo became a member of the Aspen Hill Club while she was attending the University of Maryland at College Park, back when there was neither internet nor swimming pool at the Club, but there was a practice ski hill. She was diagnosed with non-Hodgkin’s lymphoma in 1999 and began chemotherapy. Eventually, she received a bone marrow transplant, using her own bone marrow, on August 2, 2000, and she has been in remission ever since!

Lisa takes lessons and works on her tennis skill with other members here at the Club. She credits the research funded by The Leukemia and Lymphoma Society with saving her life and trains for endurance races with the help of their virtual coaching program, Team in Training. Last June, she competed in the Half Marathon in San Diego and her next race will be the Marine Corps Marathon at the end of October.

You can support Lisa by donating to her team in training fund and learn more about LLS by visiting: https://pages.teamintraining.org/nca/corps18/LTuvalo