Home » Blog » Member Spotlight: “For Us, It’s Every Day!” The Troch Family 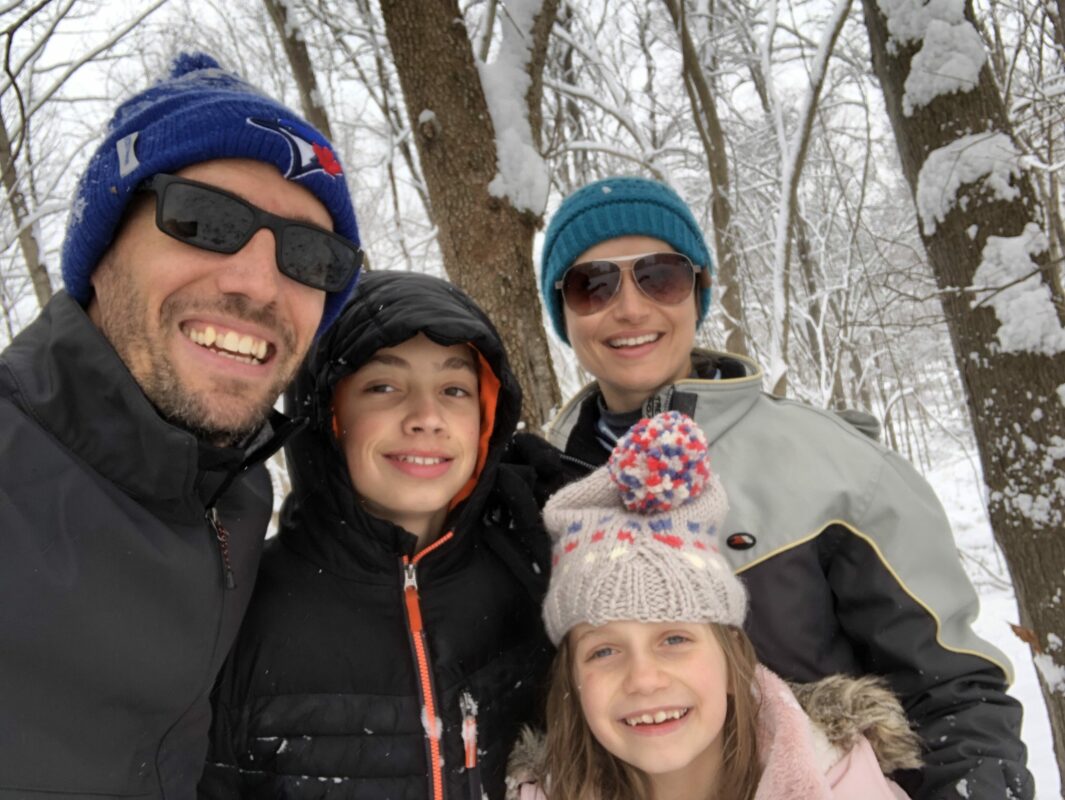 The Troch family was searching for a tennis home for their son Adam, and their search led them to our Aspen Hill Club. While they were looking for tennis, they found so much more!

Twelve year old Adam’s tennis game has grown while training at the Aspen Hill Club. This past year Adam moved up from our Future Stars program and into the World Class Elite program. This class helps Adam train for his USTA tournaments. Adam competes among the top players in USTA/Mid Atlantic, playing USTA Level 4 events. Recently, Adam won the B14 and under USTA tournament hosted at the Aspen Hill Club!

While the family was immediately drawn to the Club for Adam’s tennis, they did not expect it to become such an integral part of EVERYONE’S lives. “At least one of us comes every day to either work out, play/practice tennis or play in the pool,” explains Serge.

Nine year old Layla can be found ruling the courts in our Academy class! Layla enjoys meeting new friends in classes and is always smiling while working hard on the court in classes, summer camp, and private lessons with Elliott. In last summer’s Young World Class camp (this summer its called Champion’s Tennis Camp), Layla not only took home the rallying record with 162 rallies in a row, she also won the camp tournament! Last year when Layla was eight years old, she participated in her first USTA 10 and under Orange Ball Tournament, and she is continuing to enjoy competing on the court this year!

Serge can often be found on the tennis courts himself! Serge enjoys taking part in match play programs at the Club, such as the men’s singles ladder. The ladder allows Serge to get as much match play as he can handle and take advantage of our beautiful (and free) outdoor clay courts! Serge also has participated in fun events such as our “Battle of the Ages” where he took on top junior players from the Club. In addition to tennis, you can find Serge battling on the table tennis courts, in fact, Serge was our Club Champion at our first table tennis tournament this past February.

While the kids are kept busy on the tennis court, you can usually find Jihane working hard herself. Jihane takes advantage of the pool and many of our group exercise classes in the gym. Jihane enjoys the phenomenal workouts she gets with Heather in Wednesday and Friday’s Step and Dance classes.

The Troch family certainly is kept busy at The Aspen Hill Club. Serge’s advice to other members is “There are so many facilities at the Club, make sure you take full advantage of all of them!” Every day you’ll find Serge, Jihane, Adam, or Layla on the courts, in the gym, or in the pool, and Serge sums it up perfectly “Nothing feels better than after a workout or a great tennis clinic. Nothing’s better!”

Serge and Jihane, we are so lucky to have your family bring so much positive energy to our community and we incredibly happy to see you guys every day!