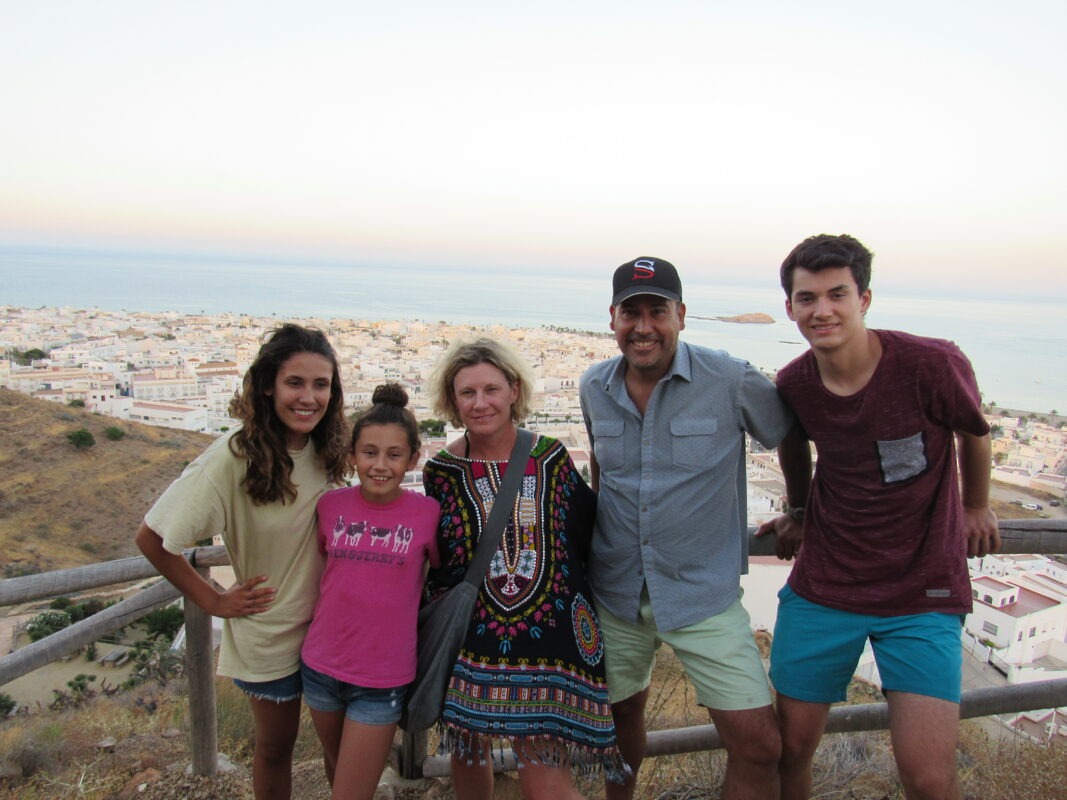 Seven years ago Victoria was searching for a home where she could focus on aquatics program. Our 25-meter indoor pool brought her to the Aspen Hill Club. Swimming is a big part of Victoria’s life—and she is also fully engaged on the tennis court! She and husband Marcos, and children Aiden, Dalton and Erin have used the pool, tennis court, and an array of other roles and responsibilities to grow & learn as a family at The Club, “We had a great place for our family to grow, learn, & play” says Victoria.

Victoria continues to be a big part of the aquatics scene at The Club. In addition to being a swim instructor, you can often find Victoria taking in a water aerobics class, working out in the gym, & a constant on our tennis courts!  Marcos makes great use of the gym—and uses our weight room to get into shape for his tennis.

Much of Victoria’s time at The Club is spent on the tennis courts. She enjoys improving her game by taking tennis classes with Terrance Scott, Carole Ford, and Linda Baim. She is always looking out for her own game, but also her fellow members. Victoria captains the GWTA AH 3 and co-captaining  Interclub A3 Team. Director of Tennis, Terrance Scott adds, “Thank you Victoria for your continued leadership as a member and a captain.” She enjoys her role as captain, explaining “I Love the ladies on the team. We have fun and they are truly supportive of each other.”

Marcos is a fixture on the tennis courts. He is a regular in Ilan’s “Hit and Run” tennis drills where he practices his tennis point play while getting a great work out. In addition, Marcos is a frequent player in our club tournaments & events. Marcos is a VIP player (and always a threat to take the winner’s trophy!) in our Friday night Doubles Frenzy, where we mix and match doubles partners & opponents and enjoy a drink while hanging out after the tennis! The Doubles Frenzy program has grown in a large part to Marcos’ great attitude in the program. Marcos attended our first Doubles Frenzy and regularly brings friends and new players to join in on the Friday night fun.

Victoria and Marcos believe there are countless benefits to being active at The Aspen Hill Club. Victoria explains “There are so many benefits to swimming and tennis.  You can do them forever!” Victoria wanted to see her kids take advantage of the opportunities at The Club.

The kids, Aiden and Erin, both of grown up being active through sports at The Club.  Erin started swimming at age 6 with Amy Benedick, and now trains as a competitive swimmer with Terry Kominski in her class. Aiden began playing tennis at age 12, and continued in classes until he left for college at the University of Maryland.

The Club truly was a place where this family learned a healthy lifestyle. Victoria is very happy that she found a home where her kids learned the valuable life lessons that sport teaches, and also learned about becoming an adult! Both Aiden & Dalton had their first jobs at The Club—Aiden working as a lifeguard and Dalton in Childminding and at the Front Desk. At Aspen Hill Club “We met many people that we wouldn’t have met otherwise. The Club offers so much!” explains Victoria.

Victoria and Marcos, thank you so much for adding so much to our community at The Aspen Hill Club, Our entire staff appreciates the support that you give and the way the two of you bring smiles to the faces of the members around you.