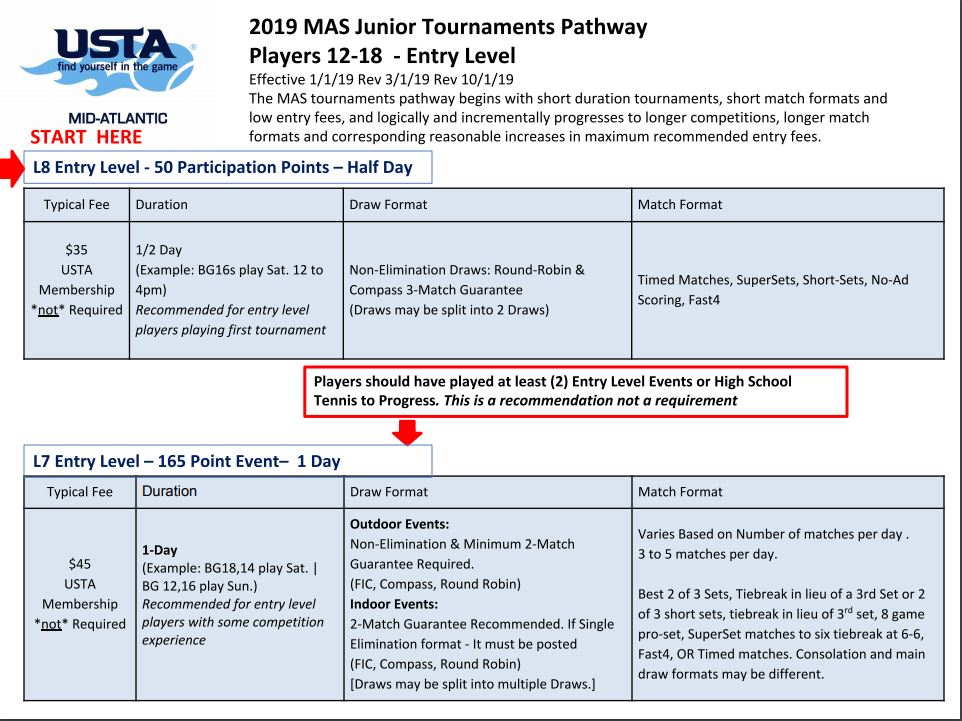 Hello everyone! I wanted to take a minute to help everyone understand the basics of junior tournament play. Tennis tournaments sanctioned through the United States Tennis Association (USTA) count towards a player’s ranking (or standing) in our region, which is USTA/ Mid-Atlantic. A player needs to be a member of the USTA in order to play a tournament—all of our juniors should be members of USTA!

How we host entry-level tournaments

At the Club we have been hosting many USTA Level 7 tournaments. These are designed to be “entry level” tournaments and to teach kids about tournament play. Our team at the Aspen Hill Club believes that kids get BETTER and LEARN through competition.  We also host several “Level 5” events throughout the year for those experienced tournament players.

Tournaments are designated by “Levels,” with Level 1 (L1) being the highest level while L8 is for players just learning about tournament play. The higher the level, the more points a player earns for their ranking.  As an example, a player that wins one match at a L3 earns 190 points while a player winning an entire L7 tournament earns 165 points. There is little incentive for very strong players to play lower level tournaments.

A player’s ranking is made up of the sum of their top 5 tournament events within a year. So If I had played 6 tournaments and my point totals were 200, 210, 215, 220, 225, and 100—the event where I earned 100 points would not count towards my ranking. This is a sign that I should be playing higher level tournaments!