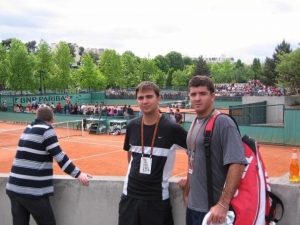 It’s October, and as a tennis fan, you know what that means! French Open??? That’s right! The French Open at Roland Garros kicks off the spring for tennis players, and occurs annually in May. But due to Covid-19 it was postponed until September! Main draw matches began on Sunday, September 27 with the finals occurring the weekend of October 10.

There are so many many storylines to watch out for! What I am keeping my eyes on is the level of play from the players that didn’t play the US Open. When the US Open started, there were very few events for players to play in preparation. We saw pros such as Nadal, Henin, & Barty sit out. And then we saw the players that stayed active through exhibitions such as World Team Tennis  excel—think  about the emergency of Jennifer Brady! And Victoria Azarenka’s hard work during quarantine paid off with a title at the Western & Southern Open and carried it into New York with a runner up finish!

In the Rome event leading up to the French, the “King of Clay,” Rafael Nadal, took an early loss. This was more than likely, at least in some part, due to not playing much competition. Meanwhile Dominic Thiem, known for doing great on the red clay, surprised us all by taking the US Open title! This is going to set up an interesting dynamic for the French Open!

The French Open is my favorite Major to watch and I was lucky enough to attend as a coach, helping my college teammate, Jesse Witten, on his journey as a pro tennis player. Roland Garros is a special place and every year we are treated to fantastic tennis. The pros battle the slow court surface of the red clay, and tennis fans watch in awe. This year the pros won’t have had long to prepare for their battles on the intriguing court surface—so get your popcorn ready! 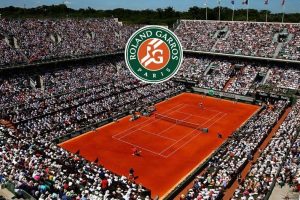